Warning Cookies are used on this site to provide the best user experience. If you continue, we assume that you agree to receive cookies from this site. OK
Inch Island
English
$ € £
(€)

+35386 4089001
Categories
0Cart
Cart is empty
View cart
Checkout
Account
Sign inRegister
Home/Blog/For those who love the technical side of things.....KNOTTERS!

For those who love the technical side of things.....KNOTTERS! 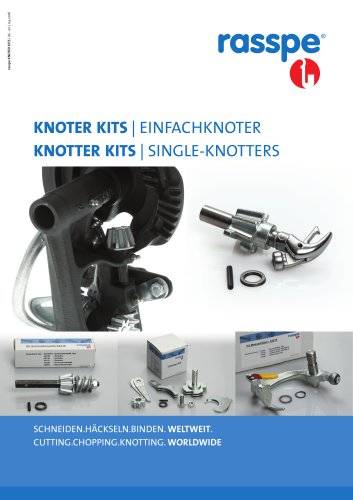 Who invented the square baler knotter?

John Appleby was an American inventor who turned an idea he had as a young man into a profitable business later in life. He was the son of English immigrants. In 1845 his family moved to Walworth County, Wisconsin, where they established a farm homestead. After his father's death in 1849, he shared the responsibility of supporting his family by working on neighbors' farms as well as on their own.

When he was only fifteen, Appleby witnessed a demonstration of a recently invented grain-cutting machine. He immediately saw a major flaw in its function. It could mechanically cut the grain, but the binding operation of tying the grain remained slow and backbreaking work. He suggested that a device was needed to mechanically tie knots and automatically bind the grain. People attending the demonstration laughed at him for his idea as he was so young.

After persistent experimenting,  the Appleby Knotter was patented in 1878 and a binder in 1879.

In 1881, Appleby sold his invention to Cyrus McCormick for $35,000. Twine binders completely replaced wire binders by 1882, and twine binders using Appleby's principle continue to be used on 90 percent of the grain harvested today.

I wonder what the patent is worth today?????

The mechanical knot tying is based on the principle of the dog's mouth. According to the story, John Appleby was once said to watch a childb who wanted to put a leash around his dog's neck. The dog withdrew from the noose with such a skillful twist that there was a knot in the leash. This incident is said to have taught Appleby the process of knot formation. He then made a mechanical hand with two fingers that resembled an upturned dog's head. A component that is now called a billhook.